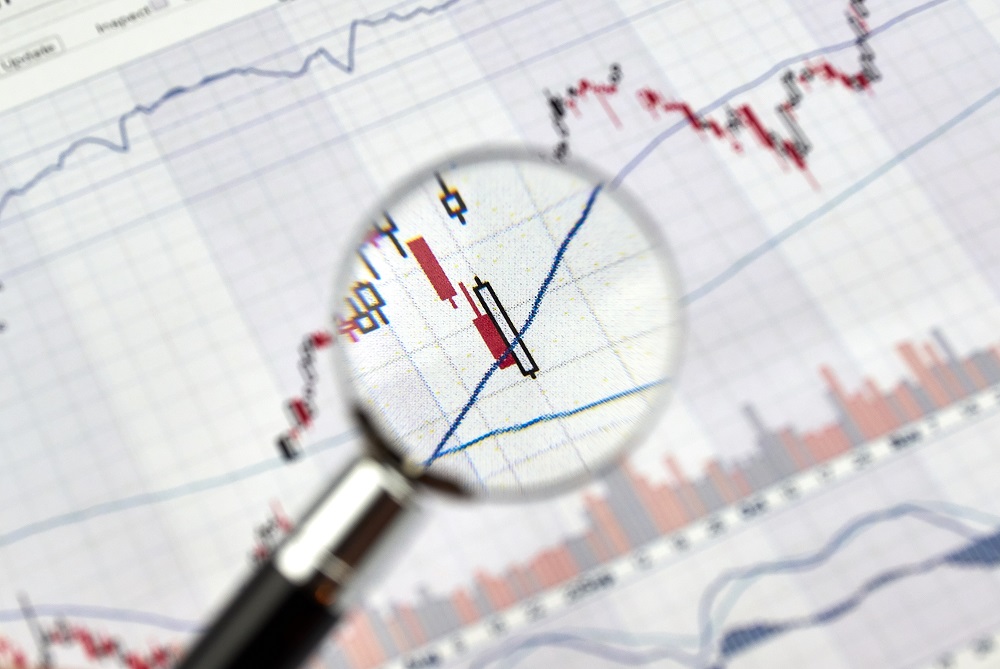 Here, you will learn how to use the Dual Candlestick Patterns to confirm trend reversals and identify more market opportunities.

This is what we mean. Market momentum refers to the strength of any prevailing trend. When you start considering it in your trading, you will be more concerned about if the price action, at any time you want to enter the market, will be sustained or not. You will start to always ask: will the market sustain this current increase or decrease in price?

If the market will be able to sustain its current move, then you can conclude that the possibility of a reversal is small. Otherwise, chances are higher that it will soon reverse. Dual Candlestick Patterns make it easy for you to know this. There are two main types of them: Engulfing Candlestick Patterns and Tweezers. Here, we discuss them one by one. 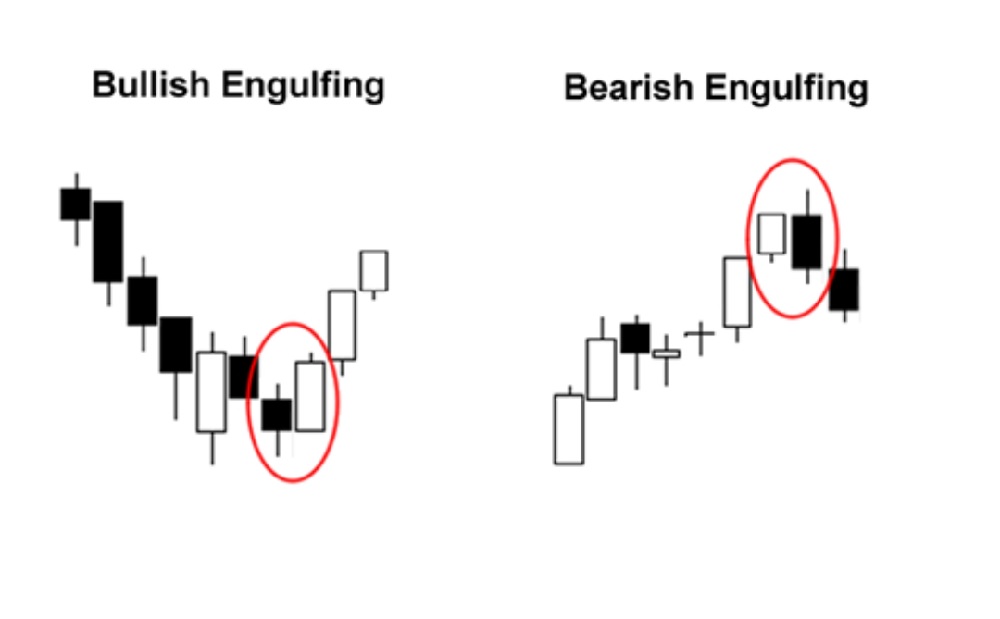 Structurally, the first candle of the Bullish Engulfing Candlestick Pattern is a bearish one. Usually, it tends to have a long lower wick, suggesting that sellers’ efforts to push the price down during the market session were strongly countered by buyers. The second and final candle, a bullish one, on the other hand, is larger and engulfs the first, indicating that buyers have overwhelmed all selling sentiment and taken charge of the price.

The Bearish Engulfing Candlestick Pattern is similar in structure to the bullish one, but just in the opposite. The first candle is bullish often with a long upper wick and indicates the slowing momentum of the previous uptrend. The long upper wick is a sign that buyers’ attempts to close the price higher were successfully frustrated by the sellers, so the price eventually closed down.

The second and final candle of the Bearish Engulfing Candlestick Pattern is bearish and larger, so it engulfs the first. Therefore, it indicates that sellers have not only successfully turned around the direction of the market, but are now also sustaining its move in its new direction.

Tweezers
Tweezers are the other type of Dual Candlestick Patterns. Just like the Engulfing Candlesticks, they are also of two types. These types are the Tweezer Top and the Tweezer Bottom. While the former is found at the end of an uptrend, the latter forms at the end of a downtrend. For the Tweezer Top, the first candle is the same as the previous trend: bullish. However, the second candle is bearish and portends that the previous bullish trend has reversed and become overtaken by a bearish run. 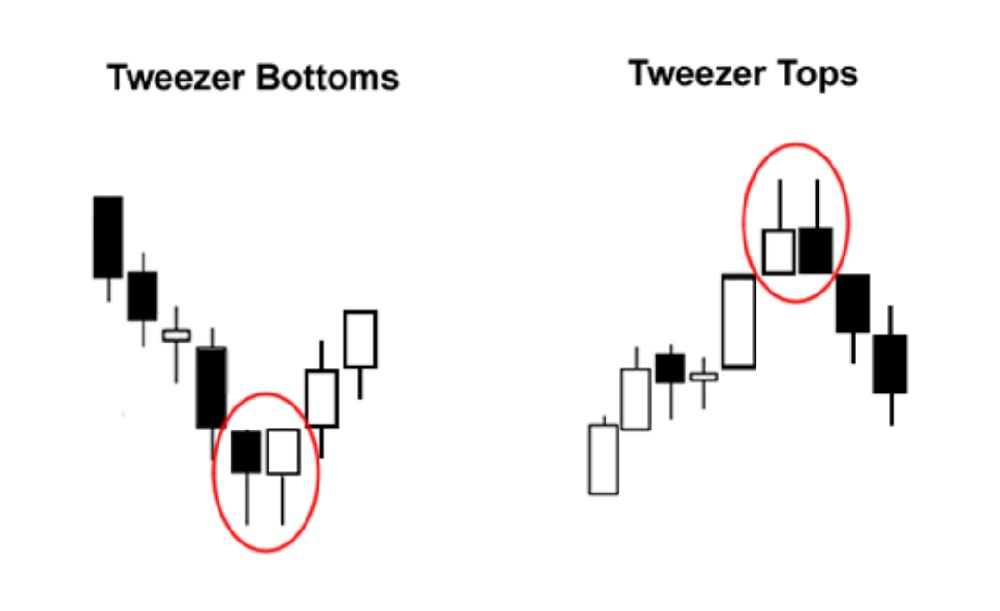 Oppositely, for the Tweezer Bottom, the first candle is bearish. It marks the end of the downtrend at the bottom of which it is found. Then, it is followed by another candle, the second candle, of the dual pattern which is bullish. This is the candle that signifies that indeed, the trend has not only reversed but has also gained some momentum in its newly-found direction.

Using The Dual Candlestick Patterns
So, how exactly do you apply these Dual Candlestick Patterns in your trading? First, all you need to do is to recognise those patterns. Whenever you come across any, take your time to allow it to fully form first. After then you can take an action on it.
For example, the formations of either the Bullish Engulfing Pattern or the Tweezer Bottom provide very good opportunities to go long on the market. On the other hand, the emergence of either the Bearish Engulfing Candlestick or the Tweezer Bottom pattern signifies that the market is set to embark on a bearish run and so, a great time to sell.

Conclusion
Here, you have learned Dual Candlestick Patterns. These patterns will not only help you detect market reversals, but they will also help you confirm them. Although they require more time to form than single types, they tend to produce stronger signals. Having mastered them, you have now got more tools added to your Forex trading arsenal.

At 1000pipBuilder, it is our aim to see you succeed with those tools. So, now, subscribe to our signals here.