Using Technical Analysis to Approach the Forex Market I 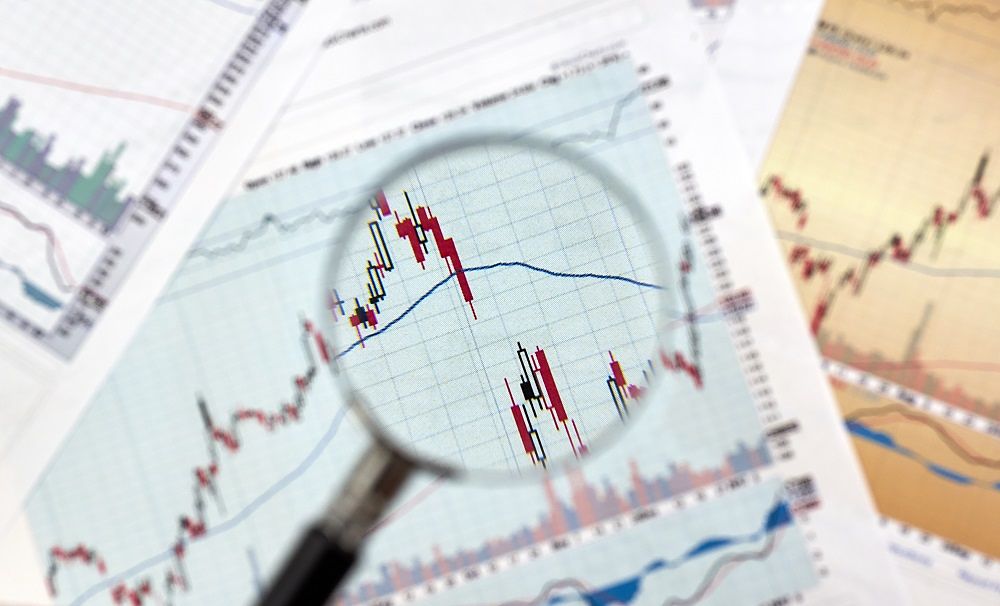 From our previous blog posts, you should not be able to approach the Forex Market using fundamental analysis. However, that is not enough. In fact, many traders consider fundamental analysis to be a little bit dreary. So, they do not use it. Instead, they adhere strictly to Technical Analysis in approaching the market and making decisions about it. However, we believe that both can be used together.

So, here, we will be talking about Technical Forex Analysis, too. Since it has become so widely used, it is a tool that is worthy of incorporating into your trading arsenal. Hence, you should really take your time to study this.

–  The price is all there is. All economic indicators — and more — are already factored in the price.

–  History tends to repeat itself.

Consequently, it seeks to analyse the market using tools other than the fundamental economic parameters. Technical Analysts always say, “Since fundamentals are already factored in the price, what is the point of analyzing them?” Hence, they focus on tools such as:

So, how do they use those tools to approach the Forex Market and make informed decisions about it? Read on!

Charts
Charts are an invaluable tool in Technical Forex Analysis because they help to present graphic representations of price movements. They enable Forex traders to analyse, in real-time, happenings in the market in such a way that they can easily make decisions about them. Three types are used:

The Japanese Candlestick Chart, however, is the most widely used, so we will be focusing our discussion on it. It is so graphic that it presents important market information such as the open, high, low, and close price (OHLC) during a given time frame in the clearest way.

Bullish and Bearish Candlesticks
When the market closes above the open, a bullish candlestick is formed and is denoted as either white or green. When the close price is below the open, the candlestick is said to be bearish and is represented as black or red. 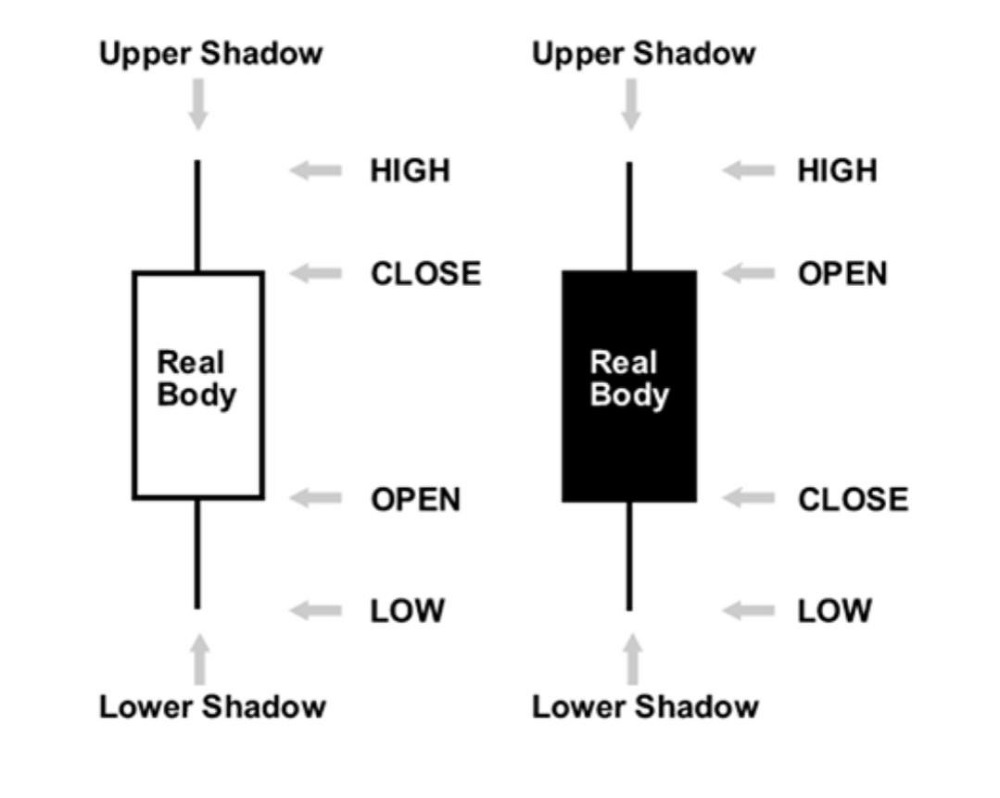 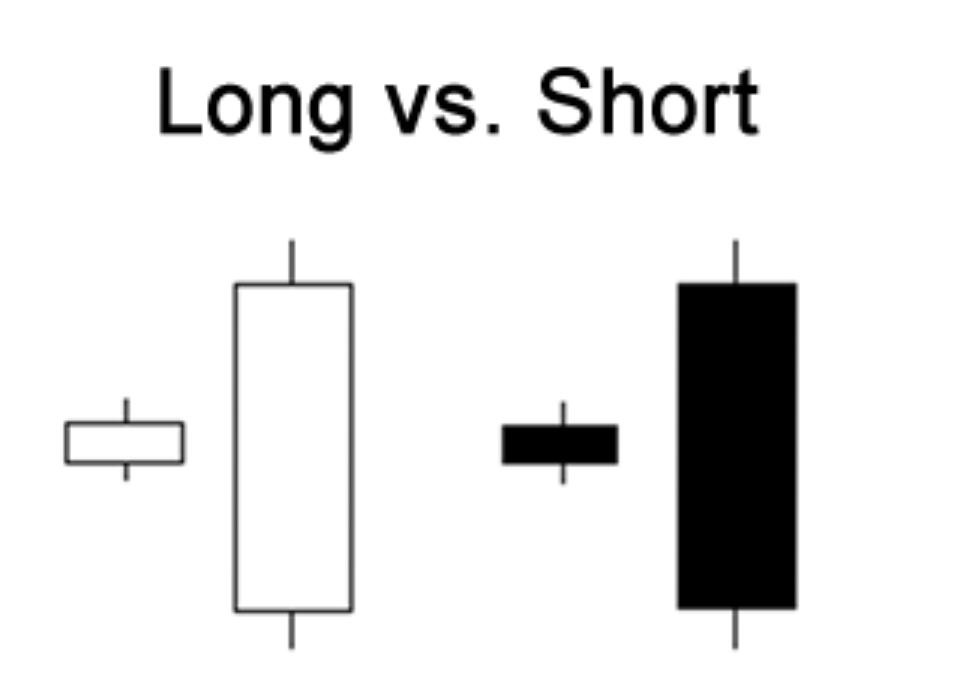 Tip: The longer the candlestick, the stronger the trend and the more likely the market will continue in that direction.

Patterns
Candlestick patterns are moves graphically shown on the charts used by traders to predict changes in price. Over 40 such patterns have been recognised, but we will be limiting ourselves to the commonly encountered ones, from basic to triple. Those common ones will serve you well enough in this early stage of your Forex trading career.

Basic Candlestick Patterns
The basic candlestick patterns are Spinning Tops, Marubozu, and Doji. These patterns indicate different situations in the market and you can use them to predict its next moves.

Spinning Tops
When a candlestick has long upper and lower shadows, it is called a spinning top. Because a spinning top always indicates indecision by market participants, the colour of its body does not matter. Instead, what you should watch is whenever a spinning top is formed. 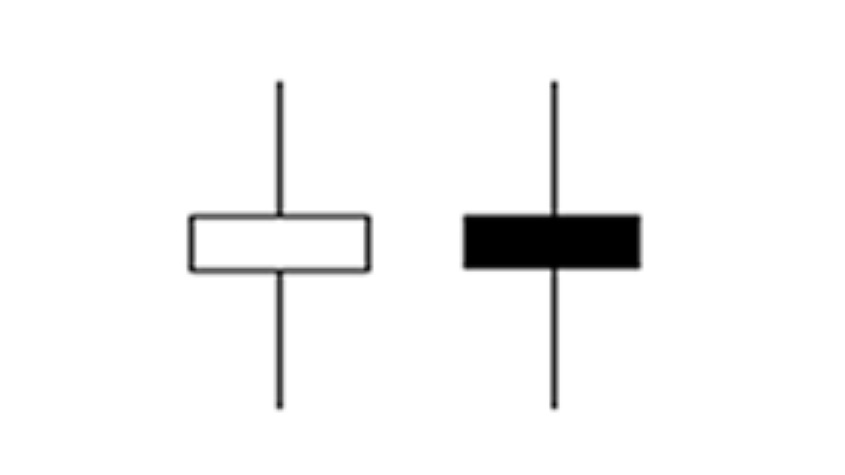 For example, if you find a spinning top in the middle of an uptrend, it suggests that buyers are already exhausting their steam and sellers are beginning to equally weigh in. As a result, a potential trend reversal could be in sight. Similarly, if it is during a downtrend, you should watch out for a possible reversal in direction, too.

Summary: A spinning top has long upper and lower shadows. When you come across it in a trend, up or down, the trend could be about to reverse.

Marubozu
A Marubozu is a candlestick without shadows. That is, such a candlestick has only a body without any shadows projecting from it. Apart from this fundamental structural difference, a Marubozu also differs from a spinning top in that the colour of its body matters. Hence, based on this, there are two types of it.

There you have them, spinning tops and Marubozu. Our next post will continue with Dojis and we will then move on to Single Candlestick Patterns. But before we get there, who says you cannot start with Forex right away? Sign up for our membership plan here and start receiving our reliable signals!